One day when Bhupendranath was just a child, something miraculous happened. While living in Bardhaman he became gravely ill, so ill, in fact that even the doctors lost all hope. For three days there was no trace of a pulse. His heartbroken family members were crying as they helplessly watched his life force ebbing away. No one was aware that for some time Bhupendranath had nurtured a desire to experience death, to know what lies beyond. It appeared his wish would soon be fulfilled. However, now that death was so near, Bhupendranath was no longer curious; he was terrified. suddenly, seemingly from nowhere, the Divine Mother appeared to him in the form of a young girl, of about eight years old.

In a voice filled with love and compassion, she asked:

“O one, are you frightened?”

“Yes, I am filled with fear.”, Bhupendranath replied.

“My child, am I only on this side of death and not on the other side also?”

After saying this, she touched him and disappeared. Instantly his pulse became normal and he began to talk. From that day on, his heath greatly improved and all danger had passed. 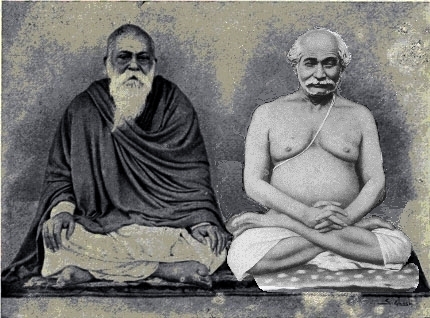