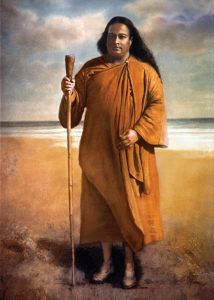 It is often said that there is a great conflict between science and religion. It is true that scientists look doubtfully at the scriptural statement that “the heaven and the earth” were created in a matter of days. From their practical studies of the earth and the heavens, they have proved that creation came into being throught a slow evolucionary process; and that the progression of earth alone, from gases to matter, plants, animal life, and man, required million of years. So there is a great deal of difference between the findings of the scientists and a literal interpretation of scriptural texts.

One of virtues of the true scientist is that he is open-minded. Working from a little data, he experiments until he uncovers verifiable principles of nature and how they work; then he gives to the world the result of his investigation. And he is willing to consider and to research further any new evidence that comes to light. It is the efforts of such scientists that have resulted in the discovery of all the natural laws that have been harnessed for the benefit of the world today. Gradually we are learning to use these laws in an ever-widening range of practical ways; as for example in the numerous conveniences in our homes.

Scientists Work in Cooperation With God

Scientists are often branded as materially minded because of their questioning of unproved religious beliefs. But God does not condemn them for that. His universal laws operate with impartial justice regardless of man´s belifs. In this sense God is not a respecter of persons but a respecter of law. He has given us free will, and whether we worship Him or not, if we respect His laws, we shall receive the beneficial result of such regard. A doubting scientist might explain his position in this way: “Even if I don´t believe in God, I do try to do what is right. If there is a God, He will reward or punish me according to my respect for His laws. And if there is no God, since I am obeying the laws I find to be true, surely I shall receive any benefit therefrom.”

So, whether or not they are godless, or making their efforts for material gain, those scientists whose researches are uncovering more and more of God´s laws are nonetheless working in cooperation with Him to do some good for the world.

Belief is Only the first Step

Law governs everything in the universe; yet most people have never tried to apply the scientific law of experimentation and research to test religious doctrines. They simply believe, thinking it impossible to investigate and prove the sciptural texts. “We have only to believe,” they ssure themselves and others; and that is to be accepted as all there is to religion. But the Bible tells us that “Faith is the substance of things hopedfor, the evidence of things not seen.” (Hebrew 11.1.) Faith is different from belief, wich is only the first step. If I were to tell you that behind this building there is a huge lion, you would probably say, “We don´t see how it could be possible!” But if I insisted, “Yes, there is a lion there,” you would believe me to the extent that you would go out and investigate. Belief was necessary in order to make you look into it – and if you didn´t see the lion, you would say that I had told you a story! Similarly, if I want to persuade you to make a spiritual experiment, you have to believe me before you will carry it out. You can believe, at least, until you prove differently.

Faith, however, cannot be contradicted: it is intuitive conviction of truth, and it cannot be shaken even by contrary evidence. Faith can heal the sick, raise the dead, create new universes. Jesus said, “If ye have faith as a grain of mustard seed, ye shall say unto this mountain, Remove hence to yonder place; and it shall remove; and nothing shall be impossible unto you.” (Matthew 17:20).

Science is reasonable, willing to alter its views in the light of new facts. It is skeptical about religion only because it has not experimented in that field: althought it is now beginning such research at Harvard.

Experimental psychology has greatly advanced, and is doing its utmost to understand the inner man. Machines have been invented that can record the different kinds of emotion man experiences; it is said that if one lies while being tested on a polygraph, he usually cannot conceal the fact, no matter how hard he tries.

Self-Realization Is Necessary to Experience God

Scientific knowledge is built upon facts. The medical side is fairly well developed, though the causes and cures of certain ailments are yet to be discovered. But what science does know, it is more or less sure about, because the various factors concerned have been tested: theories have been tried and proven. In religion it is different. People are given certain facts or truths and told to believe them. After a little while, when their belief is not fulfilled, doubt creeps in; and then they go from religion to religion trying to find proof. You hear about God in churches and temples; you can read about Him in books; but you can experience God only through Self-realization attained by practicing definite scientific techniques. In India, religion is based upon such scientific methods.

Realization is what India specialized in, and those who want to know God should learn her methods; they are not India´s sole property. Just as electricity was discovered in the West, and we in India benefit from it; so India has discovered the ways by which God can be known, and the West should profit by them. By experimentation, India has proved the truths in religion. In the future, religion everywhere will be a matter of experimentation; it will not be based solely upon belief.

Millions of people are changing from one church to another without truly believing in their hearts waht they have heard about God. They say, “Well, I pray, but most of the time He does not respond. “Nevertheless, God is always aware of us. He knows all about us, yet we remain absolutely ignorant of Him. This is the cause of the various kinds of doubts that play upon our minds. If God is, we must be able to know Him. Why should we merely read and hear discussions about Him, and yet know nothing from personal experience?

Yet there is a definite way to experience God. And what is that way? It is scientific experimentation with religious truths. And put into practice what you believe! It is possible to put religion into practice, to use ir as a science that you can prove by experimenting on yourself. The search for Truth is the most marvelous search in the world. Instead of being merely a matter of attending a Sunday service or performing one´s puja (ritual worship performed by Hindus), religion must have a practical side. Learn how to build your life around spiritual ideals. Without practical application, religion is of little value..

A man who used to own a ranch near here was quite materialistic. I urged him to come to Encinitas from time to time, and he did so. After the first few visits, he said, with tears in his eyes, “I never realized there was a place whose very atmosphere could speak so much of God´s presence.” You see, religion must be practical. It must create some change in you – in your consciousness, and in your behaviour. All those who have been coming here regularly have changed their life-style for the better. They have been spiritually influenced by this environment.

So religion must be experimented with, to prove it and make it practical. Many churches do great social good, but they do not show you how you can actually prove God to yourself, and how you can be in tune with Him.

The First experiment is Silence

The first experiment with religion must begin with silence. Most people never take time to be silent or to sit quietly in meditation. Hours and hours I remain in inner silence. When I am with people, I enjoy them immensely; I am with them fully and wholeheartedly. But when I am away from people, I am entirely alone in that supreme joy of life – the bliss of God. No matter where I am, that joy of God is always with me. Why don´t you experiment with silence, so that you can live in this same way? Most of you can´t sit still for even ten minutes without your thoughts running away in all directions. You have not learned to be at peace in your home within, because you are always restlessly chasing about in your mind. My master, Sri Yukteswar, used to say: “Locking the door of the storehouse of happiness, man runs everywhere else, begging for that happiness. How foolish, when he has whole store of joy lying within himself!” From my childhood I sought God, and communion with Him has given me happiness that no fulfilled material desires could ever give. You have nothing if you have not God. You have everything if you have God; for He is the Master of the universe.

If you haven´t felt any results from religion, experiment in meditation. Shake God out of His silence. You must insist: “Lord, speak to me!” If you make a supreme effort in the silence of the night and in the early morning, after a little while you will see a glimmer of God´s light or feel a ripple of His joy coming over your consciousness. Experimentation with religious laws is marvelous because the result doesn´t take place outside your-self; it is right within you.

Extracts taken of the book, “The Divine Romance”, published by Self-Realization-Fellowship.