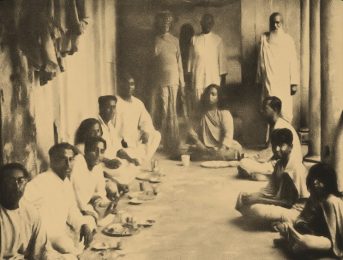 The practice of repeating the reading of a word, sentence or paragraph produced, somehow, from un Enlightenment, for months, years… every day, over and over, it is highly recommended by the ancient Sages in India, where it is followed as a science since immemorial times.

As a complement to other spiritual disciplines, its effects are incalculable on mind (do not forget to include the unconscious, of course…) establishing and strengthening specific dynamics of the Master for spiritual development of the pupil who is who is responsible for applying, by the laws of free will. This is what we want after all, is it not?

The availability and openness to understand this is crucial.

In the West is little known, but even the aspirant of these stops, which has access to it, feel it very difficult to apply it as a methodological guide for inner growth.

In despite of all these contingencies on the one hand, and resistance on the other, it is wise to be well warned of its importance in achieving continuous Grace of the Guru and its consequences.

It would be like if you were listen to them at different times of moods, that we experience in the physical coexistence, “on or near” of the Master, in an Ashram or elsewhere, also physical, since the use of imagination as instrument in the early stages is also useful, it help us.

And in a very subtle level, it will open conditions to a greater understanding and enjoyment of teaching, by connecting and complicity maintained between them in the generated approach of each other, favoring incalculably the action of the Sage.

So, let us pass the sayings to the Sages:

“…Master (Swami Yukteswar) emphasize on other occasions the futility of mere book reading.

– Do not confuse understanding with a larger vocabulary!, he remarked.

Sacred writings are beneficial in stimulating desire for inward realization, if one stanza at a time is slowly assimilated. Continual intellectual study results in vanity and the false satisfaction of an undigested knowledge.

Sri Yukteswar related one of his own experiences in scriptural edification. The scene was a forest hermitage in eastern Bengal, where he observed the procedure of a renowned teacher, Dabru Ballav. His method, at once simple and difficult, was common in ancient India. Dabru Ballav had gathered his disciples around him in the sylvan solitudes. The holy Bhagavad Gita was open before them:

– Yes, sir. One in the group ventured this assertion.

The master dismissed the students, and turned to Sri Yukteswar:

The great sage smiled at Master in blessing.

If one busies himself with an outer display of scriptural wealth, what time is left for silent inward diving after the priceless pearls?.

Sri Yukteswar directed the study of his own disciples by the same intensive method of one-pointedness mind concentration.

Wisdom is not assimilated with the eyes, but with the atoms, he said.

When your conviction of a truth is not merely in your brain but in your all being, you may diffidently vouch for its meaning.

He discouraged any tendency a student might have to construe book-knowledge as a necessary step to spiritual realization.

The Rishis wrote in one sentence profundities that commentating scholars busy themselves over for generations, he remarked.

But man does not easily return to simplicity. It is seldom “God” for him, but rather learned pomposities. His ego is pleased, that he can grasp such erudition.”

From the book Autobiography of a Yogi by Paramahansa Yogananda:
Chapter 12 – Years in My Master’s Hermitage,
Yogoda Satsanga Society; Complete edition, 1998.