The Yoga of Bhagavad Gita by Yogananda 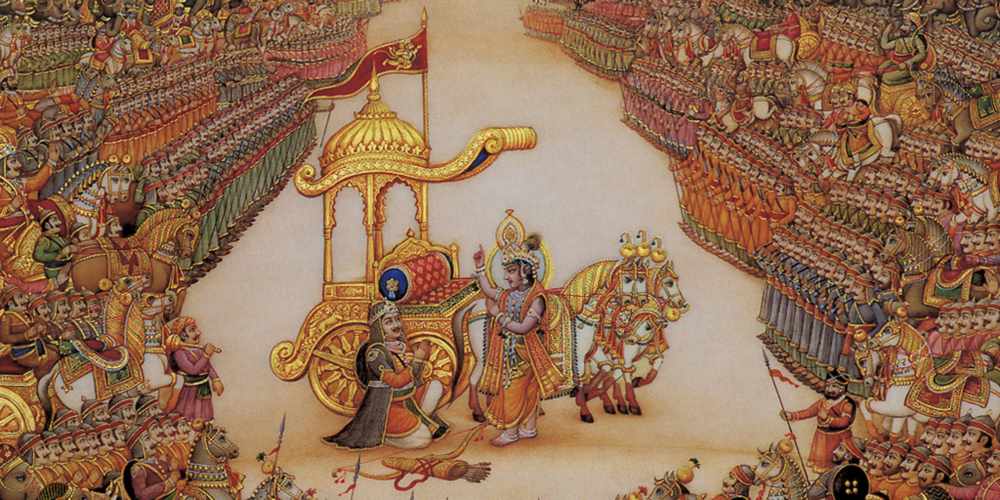 In these two stanzas (V:27-28) and (IV:29), leaves behind all abstractions and generalizations, and mentions the specific technique of salvation—Kriya Yoga. Through the special technique of Kriya Yoga, the ingoing breath of prana and the outgoing breath of apana are converted into cool and warm currents. In the beginning of the practice of Kriya Yoga, the devotee feels the cool prana current going up the spine and the warm apana current going down the spine, in accompaniment with the ingoing and outgoing breath.

When the Kriya Yogi learns to dissolve the ingoing and outgoing breath into a perception of the cool and warm currents going up and down the spine, he then feels his body as sustained by these inner currents of life force and not by their by-product of breath. He also realizes that the currents are sustained by the Word, the divine vibratory cosmic light of prana, that enters the body through the medulla. This life force becomes concentrated in and operative through the cerebral, medullary, cervical, dorsal, lumbar, sacral, and coccygeal centers that energize the body to its minutest cells. He gradually finds that these two spinal currents become converted into one life force, magnetically drawing reinforcements of prana from all the bodily cells and nerves.

This strengthened life current flows upward to the point between the eyebrows and is seen as the tricolored spherical astral eye: a luminous sun, in the center of which is a blue sphere encircling a bright scintillating star. Jesus referred to this “single” eye in the center of the forehead, and to the truth that the body is essentially formed of light, in the following words:

“If therefore thine eye be single, thy whole body shall be full of light.” (Matthew 6:22.)

This verse of the Gita emphasizes the need to neutralize or ”equalize” the currents of prana and apana. This result is made possible by the practice of Kriya Yoga, which recharges the body cells in the inner cosmic life, so that inhalation and exhalation are equalized – that is, immobilized and unnecessary. The breath freezes, life freezes, feelings and thoughts are dissolved. The divine light of life and consciousness perceived by the devotee in the cerebrospinal centers, unifies with the cosmic light and cosmic consciousness. By this scientific method, step by step, the riser of the yogi from the senses it happens for real, and not merely by an inefficient diversion of the mind regarding them. He learns to deflect scientifically to spine and brain the channels currents of the five senses, and thereby unite the consciousness with joy of the higher spiritual perceptions in the seven centers.

When it is able to remain immersed in divine bliss even in the state of activity, he does not become involved with the desire to enjoy the external objects. Radiating the calmness of divine perception, it is not disturbed by the emergence of fear and anger against the non-fulfillment of material desires.

Discovers that the Soul is no longer attached to the matter, but unity forever with the cosmic bliss of the Spirit.

Source – Extract from the book “The Yoga of the Bhagavad Gita” by Paramahansa Yogananda.

For more informations you can study in the following website: