The Youngest Acharya in the Kriya Yoga Tradition 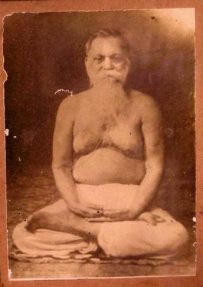 His time with Shri Lahiri Mahasaya

During his high school and college days, Bhupendranath stayed in student hostels. This present a problem because of the instruction to pratice Kriya Yoga privately. Firm faith in his guru preceptor and a deep desire to practuce Kriya led him to a solution. When all students in the dormitory were sleeping, with love and devotion, Bhupendranath would get up and practice Kriya faithfully for hours. By the time the others arose in the early morning, he was asleep.

Unfortunately, because of such irregular sleep habits and rigorous practice, his health deteriorated. Deeply concerned, his sister wrote to Shri Gurudev and informed him of her brother´s failing health and his intense Kriya practice. Shri Lahiri Mahasaya replied:

“There is no need to worry about him. He is not going to die now. He has a lot of work to do.”

After this his heath began to show a remarkable improvement. At this time, he was staying in Sahebganj.

The Youngest Acharya in the Kriya Yoga Tradition

Bhupendranath Maintained his Kriya Yoga meditation while suffering from malaria and other ailments. As a result, he was able to advise his disciples on how to practice Kriya during times of illness.

One of Bhupendranath´s favorite sayings was:

“Where there is will, there is a way!”

If while staying with others he could not find a suitable place to meditate, he would go to the roof of the house of his brother disciple, Karmakar, who dealt with iron materials. Although Karmar´s entire roof was loaded with iron scraps, he would find an empty spot in the corner to silently practice Kriya.

Shri Lahiri Mahasaya was immensely delighted observing this tenacious determination and dedication to Kriya Yoga practice. Indeed, he had known the destiny of this young boy long before they even met; therefore he graciously gave Bhupendranath permission to initiate others into the sacred path of Kriya Yoga. In the hallowed history of the Kriya Yoga tradition, there is no other record of anyone being granted authorization to teach others in this sacred path at such a young age.

On September 26, 1895, the day of Mahashtami, Shri Lahiri Mahasaya left his physical body in Benares. Young Bhupendranath immediately rushed to Benares with the hope of seeing the mortal frame of the great guru for the last time. But alas, his wish was not fulfilled. After his arrival, he discovered that the body has already been cremated. A fathomless sorrow filled his heart upon hearing this news. For days on end he sobbed, deeply and loudly. Then one day, by loving grace of God and Guru, his grieve was silenced. He was blessed with the vision of his adorable Gurudev, who consoled him, telling him to grieve no more. He told Bhupendranath that the eye of the guru preceptor is always on the disciple and that he would come to him whenever he really needed him. This visitation brought Bhupendranath great solace and assurance.

So much had happened in the short life of Bhupendranath. He found the path of Kriya Yoga and was given the holy company of his beloved Gurudev. He took on a new role as a seeker of Truth and was given the guru-ordained responsibility for teaching the sacred technique of Kriya to other sincere seekers.

Bhupendranath was resolute in his pratice and study as he advanced towards the goal of Self-realization. The young sadhaka, with firm faith in the words of the guru preceptor, moved forward with confidence, aware that the path is difficult but that divine grace is always there. He held firm to the belief that there is never a need to worry and one should proceed with strength and steadiness. For him, there was no other way than this.

Bhupendranath (from now on called Shri Sanyal Mahasaya as an honorable manner of expression of his name in Bengali) continued his journey with renewed faith and revitalized spirit.