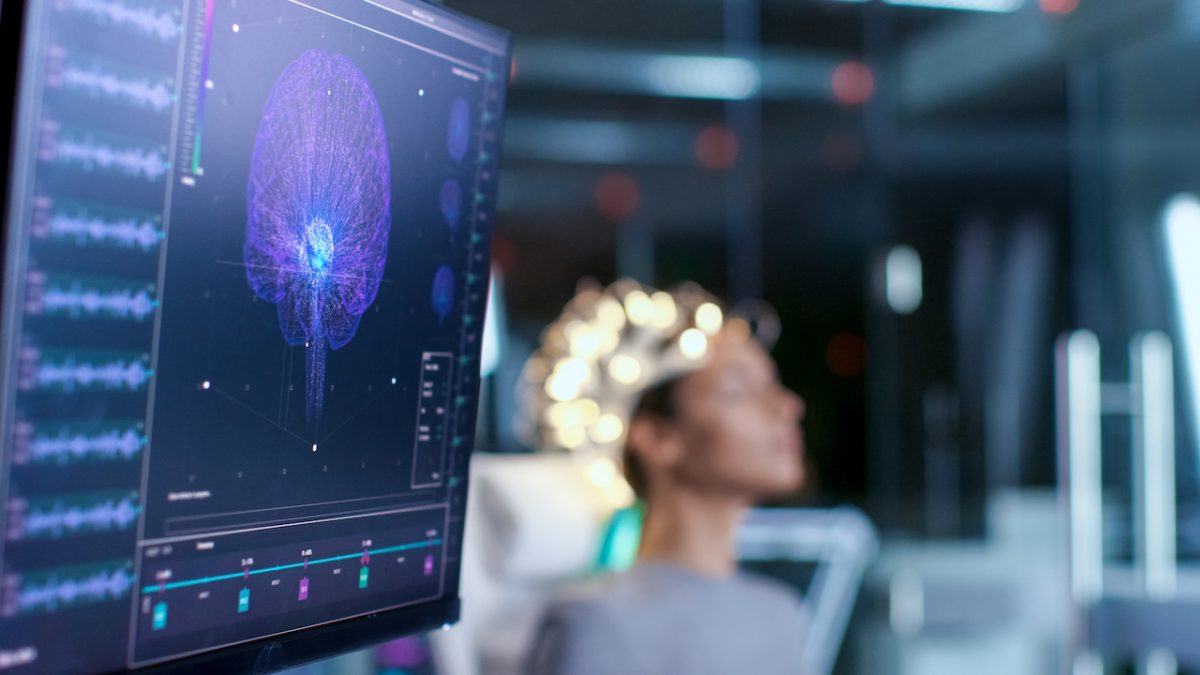 In the living brain, millions of nerve cells communicate with each other by emitting tiny electrical impulses. In this way, the brain is electrically active night and day throughout ones life. This activity can be registered as oscillations (popularly called brain waves) by placing electrodes on the scalp, amplifying the signals and displaying them on a computer monitor. This method of measuring is called electroencephalo-graphy (EEG). The brain oscillates at different rates (frequency) depending on the state of consciousness, just as the height of the waves (amplitude) can vary.

There is a direct correlation between a persons activity or level of attention and his brain wave frequency (see fig. 1). During unconscious states (e.g. deep sleep) the slow delta waves with high amplitudes appear in the EEG. In the half conscious state, between wakefulness and sleep, theta waves are often dominant, and during the wakeful, mentally relaxed state with closed eyes, alpha waves dominate in most people. Finally, the high frequency beta waves with small amplitude appear during conscious wakeful activity. Thus the EEG measurements can verify whether a person is conscious (alpha and beta waves) or unconscious (delta and theta waves). The lower the EEG frequency, the more unconscious the state (see figure 1 on the article).

Note: the original article was written by Erik Hoffmann, (Ph.D.), in the Scandinavian Yoga and Meditation School website.