Sometimes, in our lives, we are raided by the obvious. Despite having always been there an inch from our nose, someone, unexpectedly, made it visible to our understanding. Or an unforeseeable circumstance has opened cracks in some blockade, where then the light of understanding has been able to illuminate frankly.

And not rarely, a stunning simplicity, by mere change of perspective: in a certain space-time, a new angle of perception. Obviously, of significant variables.

In the later hypothesis fits the case of an intellectual, a well-known writer of the Portuguese media, which we will transcribe below.

The tree (as all plants in general) is a faithful companion, but silent (apparently), of our daily lives, integrating naturally into a family environment that surrounds us. Follow us, beneficent presence, even among the gigantic mountains of cement of the big urban complexes. For everything and anything, we are indebted of a profound gratitude to the trees, over and over.

It turns out that there are civilizations on other places that still recognize more virtues than those that, for example, the common Westerner has already forgotten. Maybe due to the historical-geographical vicissitudes through which he passed and still is; if things go as they may. Thus, around them, in this planet of such singular contradictions, are increasingly common the abuses in this respect. A dizzying spiral of contagious and widespread amnesia.

It is a fact the recognition, by the scientific community, that the trees interact with us so cognitional, volitivally and affectively. Laboratory studies of proven competence have this as granted. However, the obstacle that stands by bad fortune, is that they are sleeping in their drawers. The pressure of the status quo of an unrestrained wave of conveniences and the ticks of shame or usual vanity take advantage for now. And time creeps leaving that forebear lethargy. Let’s not lose patience, however. And then, there will always be hope in a global coming wise foresight. Let us wait! Quietly. …

Now let´s pass on to the interview that touched us. We emphasize the filigree sensitivity of delicacy in describing the world of the tree. A brilliant choice of load of each word. By millimeters. Rises the imaginary and penetrates in us a nostalgic atmosphere. Etheric. Gently swaying on the wings of the trees of our lives.

“I think that trees speak!” 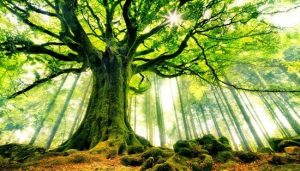 Interview * The writer who likes to sit back looking at the trees:“I stay there seeing the leaves. I think they speak! …”A trip to Indonesia brought him to like to look at the trees. He likes to register the leaves movements, to study their trunk, the branches and he thinks for real that they speaks. “I´m not an ecological city man”, he says; he can not imagine the nature untouched, but he never wrote anything on the trunk of a tree.

Have you ever planted a tree?

Yes. Many. Almond trees, mostly. And apple trees, two cherry trees and a camellia tree. The Camellia is more fun because it is called “japoneira” on my hometown. I planted almond and apple trees with my grandfather, in “Douro” river. I should have 14 or 15 years, did not pay much attention or gave it great importance.

It was hard work. I was helping my grandfather, not doing literature …

How you began looking the trees?

I remember to visit a botanical garden when I was in Indonesia. People used to leave the city, climb to the mountain, by car, and go to look trees. They used to sit under the trees, in front of a lake, looking at the trees around. They used to have lunch on the grass, walk around, and then sit again facing the trees, looking. That was something a little strange to me – and i asked someone what people were doing there. The man looked at me very surprised:

“They are looking the trees!”

I used to see the trees, during my childhood. They were oaks, chestnuts, pines, very dense forests in the land of my mother, or the peaks of the sierras (the mountain of “Reboredo”, one of the most beautiful in Portugal) filled with juniper and oak, in the land of my father. I knew its names, i could distinguish them, and i even organized several herbaria. But i had never attended to that mooving spectacle, to see people (in family or alone) sitting in front of the trees. Just seeing them, looking them, watching their foliage, feeling the passage of the wind flow. Since that time I became a trees observer.

Do you also perform that ritual, you alsostay sitting facing the trees?

Yes! I had never noticed all the trees in the Gulbenkian Foundation gardens, for example. It is a moment of great calmness: to sit down, stay there registering the leaves movements on the trees, examining the trunk, the branches, the passage of time. Makes us very quiet.

Which are the aspects that attract your attention?

The size, the foliage, the silence, any melody. I think they speak. People may find this ridiculous, but i love to move among trees. The land of my mother, beside “Vinhais” (“Ousilhão”) has a large concentration of chestnuts, oaks, ashs, poplars – besides beeing a botany chart, it is a sentimental geographic map.

Have you ever write on a tree trunk?

It seems impossible, but i never wrote anything. Those things like hearts? Never. I think i could write a date, in order to see a few years later how the calligraphy had evolved …

Have you ever invented stories under a tree?

Yes,  we all do it. We see a phrase engraved on the trunk, a cut made with a knife or an ax. I´m not an “ecological city man”, i can´t imagine the nature untouched.

Which is the tree of your life?

I have several. Oaks necessarily. The moss rising up the oaks. The chestnut trees. The ash trees. In Lisbon there are many “jacarandás” trees and, I think it’s funny, it is a kind of Fluoxetine invasion to the city … a Prozac. The laurel from “Madeira” city. The Cryptomeria  from “Açores”(which are Japanese …). The willows on the riverside. There are the essential trees.

* Francisco José Viegas is an award winning portuguese writer and an excellent cook, has been a journalist, now is a columnist and director of the “Ler”, and editorial director of the “Quetzal”. With 48 years old, just début in children’s literature with … “Se eu fosse … Nacionalidades”. By Maria Ines Almeida. 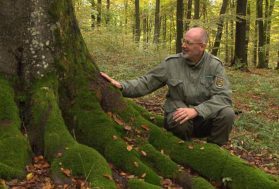